COVID-19: What We're Doing to Protect Our Clients 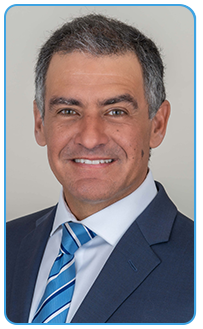 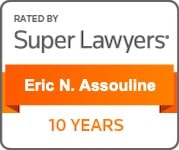 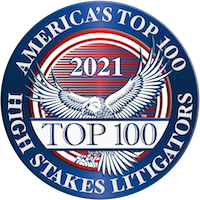 Eric N. Assouline is a co-founder of the firm, a litigation partner in the Miami and Ft. Lauderdale offices, and he is the head of the Business Litigation Practice. His practice focuses on: bankruptcy and creditors' rights litigation; complex business litigation; intellectual property and real estate litigation;.

Mr. Assouline has represented individuals, private, and public companies in hundreds of cases in state, federal, and bankruptcy courts throughout the State of Florida, primarily at the trial court level, but often also on appeal. He has also appeared pro hac vice, litigating many cases in other states and jurisdictions, as well as acting as local counsel to out-of-state attorneys needing counsel in Florida in state, federal, and bankruptcy courts.

Mr. Assouline has been lead litigation counsel to both national and international clients for many contested commercial and bankruptcy matters, representing landlords, lenders, and suppliers of goods, and involving the application of various articles of the Uniform Commercial Code, including complex and intricate provisions of Article 2 for Sales, and Article 9 for Secured Transactions. He has represented clients in disputes involving real estate partition and acquisition related litigation. And, he has handled several contested commercial landlord tenant lease litigation matters. Mr. Assouline has also litigated a number of creditors' rights matters, through the trial courts in state, federal, and bankruptcy courts, and including post-judgment domestic and international enforcement and Florida Statute § 56.29 proceedings supplementary.

Mr. Assouline has extensive experience in the area of Ponzi scheme litigation. He has been the lead litigation attorney prosecuting fraudulent transfer actions on behalf of a federal court appointed receiver seeking to recover transfers from third parties in state, federal, and bankruptcy courts. He has defended claims against court appointed receivers of financial and insurance companies in various state and federal court cases. He has also defended numerous individuals and companies from bankruptcy trustee initiated adversary proceeding avoidance preferential transfer and fraudulent transfer actions under 11 U.S.C. §§ 547 and 548.

Mr. Assouline's dispute resolution practice also involves mediation and arbitration. He has represented parties before the American Arbitration Association; been appointed by Broward County Judges to preside as the Arbitrator in many Circuit Court cases; and, by agreement of the parties, he has served as the Mediator on banking litigation cases.

Mr. Assouline has also served as an expert witness for many attorneys' fees disputes.

Hillel of Broward and Palm Beach
Board Member, 2019 - Present