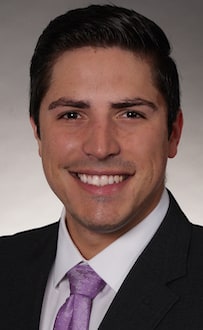 Prior to joining the team at Assouline & Berlowe in May 2022, Mr. Barreto worked for three years at a prominent Florida based civil defense firm where he represented various individuals, corporations, and insurance companies before state and federal courts in a broad array of legal matters. His practice focused primarily on automobile negligence, product liability, premises liability, construction defect, and aviation law. He also consulted on various intellectual property and contract matters, with emphasis on trademark prosecution. Since joining Assouline & Berlowe, Mr. Barreto has used his prior litigation experience to zealously advocate on behalf of his clients, and he has continued to grow his intellectual property practice.

Mr. Barreto earned a Bachelor of Science from Florida State University in 2016, with a major in mechanical engineering and minors in both mathematics and physics. He later went on to earn his Juris Doctor cum laude at Nova Southeastern University, Shepard Broad College of Law, in 2019 and placed on the Dean's List for three consecutive years. While in law school, he served as an associate executive editor of ILSA Journal of International and Comparative Law, competed in the Earl E. Zehmer Mock Trial Competition in Orlando, FL in 2017, and earned the CALI Book Award for both UCC Sales and Trademark/Unfair Competition.

Prior to his career as an attorney, Mr. Barreto worked at a South Florida engineering firm assisting with mechanical, plumbing, and electrical design work for single family residences, multi-family residences, and commercial buildings. He also worked at a patent prosecution law firm assisting attorneys practicing before the United States Patent and Trademark Office, drafting legal documents, and supporting staff members.

Mr. Barreto is admitted to practice in the State of Florida and is a member of the Florida Bar and Nova Southeastern Trial Association. He is also admitted to practice before the United States District Court for the Southern District of Florida. In addition to his current bar admissions, Mr. Barreto is eligible to sit for the Patent Bar Exam, and he aspires to become a Registered Patent Attorney with the United States Patent and Trademark Office in the near future.

Mr. Barreto is fluent in Spanish and is dedicated to serving the diverse South Florida community. Outside of practicing law, Mr. Barreto enjoys fishing, free diving, sports, and spending time with his friends and family.